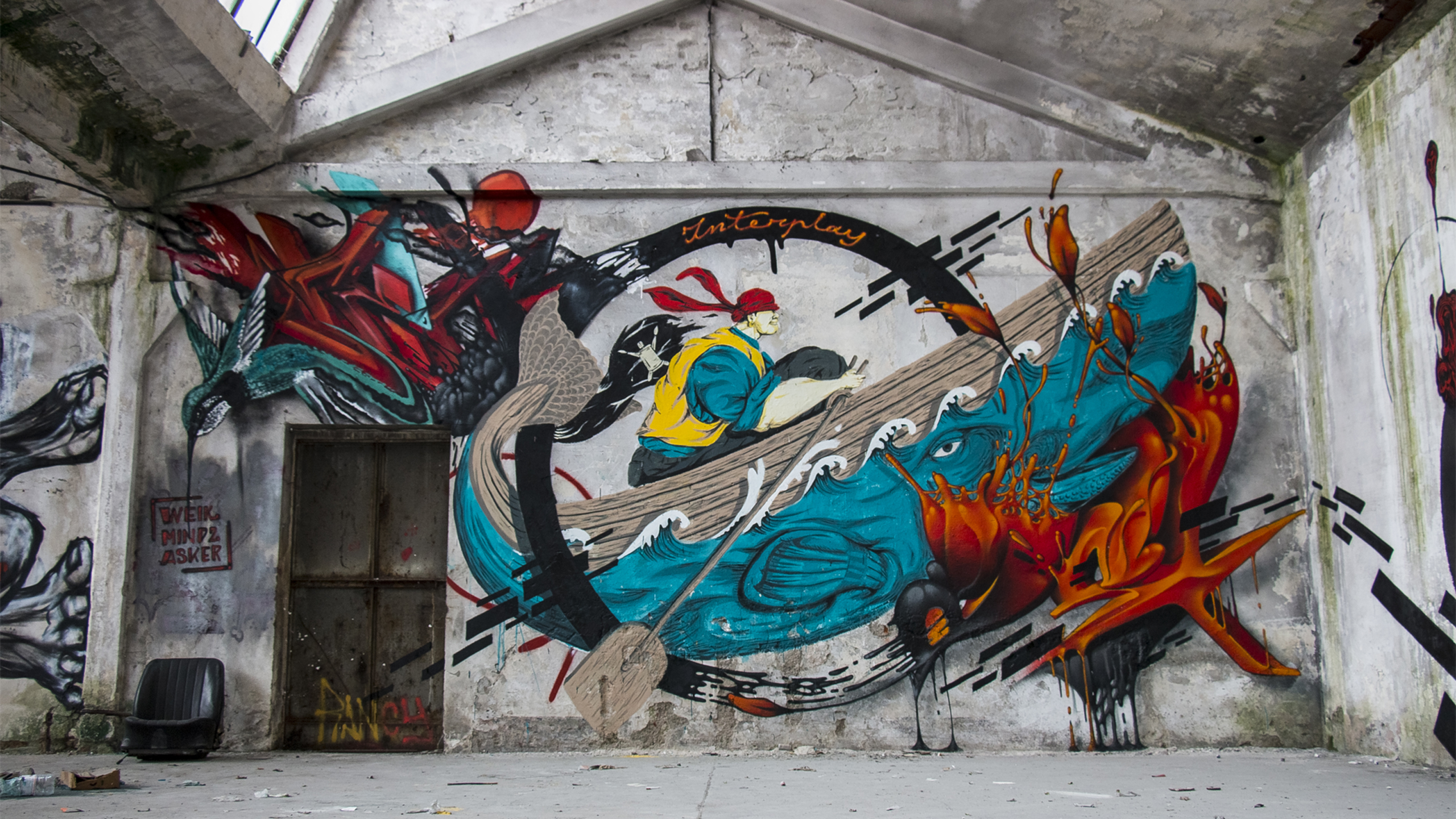 Jam Pirata is an example of the relationship that can be achieved between graffiti and industrial archeology, an aspect that is fundamental for understanding new dynamics of the re-appropriation of space that can be seen as an integral part of the scene. Buildings constructed during the industrial revolution, which after being abandoned were often left to decay. This is architecture that can take on new features in its funcionality, through a process of re-appropriation and redevelopment. It happens increasingly often that these areas are most often restored for cultural purposes, becoming musuems, study centres or places of social gathering.

In the world of Writing, the reappropriation of urban spaces is one the elements that characterise the discipline, but what is relatively new in using these abandoned areas derives from their ability to change they are used.

If Writing was first practiced in the everyday context of the street, these abandoned areas most of the time are reborn through the medium of photography. A new vision is determined through a delayed temporality, especially when the work is done illegally, also because of the physical difficulty in reaching the places.

Legal graffiti projects are sometimes submitted to city administrations with the intention of proposing a form of redevelopment of places in decay, in practice not reflecting on temporal dynamics or the problems of active participation by the community. In fact, redevelopment can arise as a consequence of a certain typology of everyday life, not so much as the importance of an artistic work with the often unconscious use of the term “public art”, a concept that cannot and should not be assimilated into the experiences of Writing, given that it is a codified language.