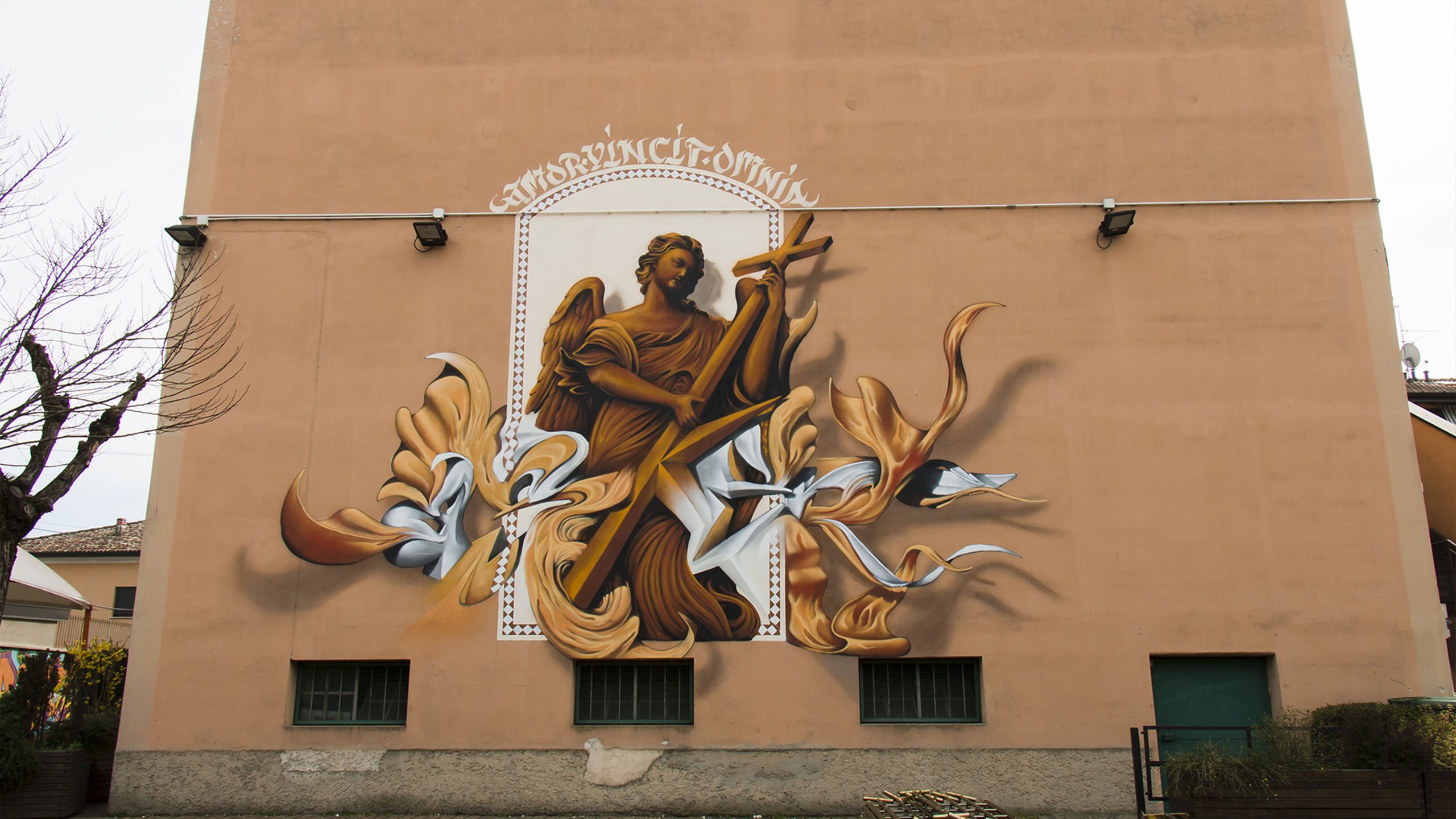 The work was born from the urge to combine religious imagery with the stylistic features of graffiti writing.

“I find the religious theme very interesting, both from an artistic and symbolic point of view. Religious images are deeply rooted in our culture and equally absent in graffiti. I found it very stimulating to investigate how the two could come together.”

From and an interview on Crema online.

The work was conceived to find a harmony between figurative symbolism and three-dimensional lettering. The statue of the angel with the cross on the Bridge of Sant’Angelo in Rome shows one of the Passions of Christ. The 3D lettering taks the form of the drape and the letter K merges to become the cross held by the angel. In the background, the cupola shape, typical of religious illustations, also blends with the graffiti as if detahcing itself from the wall itself, with a play of optical illusion, which gives a touch of surrealism.

This project saw the artists and graffiti writers: Cheone and Smake. working together. Cheone specialises in hyper-realistic figurative art and created the angel, while Smake, a calligrapher, composed the Latin inscription AMOR VINCIT OMNIA.

The work was conceived to find a harmony between figurative symbolism and three-dimensional lettering.